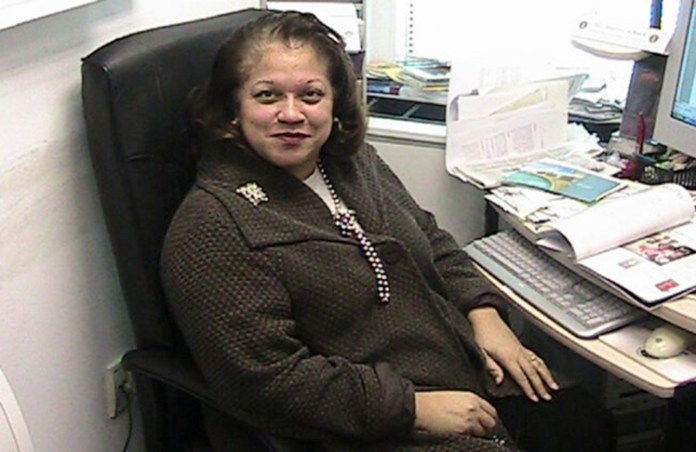 The National Black Chamber of Commerce announced this week the death of its co-founder Kay DeBow Alford on July 19, 2021.

Highly focused, efficient and determined, Kay was the linchpin of the Chamber, defining multitasking to its highest degree.

Kay, as she was affectionately known, was named Kayanne at birth on December 12, 1957, to the parents of Charles DeBow Jr. and Aurelia Jane Stuart in Indianapolis, Indiana. She seemed to be born for business leadership, coming from a family that were known educators and entrepreneurs.

Kay’s father, Charles DeBow Jr. was one of the first four Tuskegee Airmen, serving in World War II. Kay’s maternal family were the Stuarts, who were entrepreneurs, owning several successful businesses in the greater Indianapolis area.

A graduate of Shortridge High School in Indianapolis, she received her bachelor’s degree from Indiana University in Bloomington, Indiana. She began her professional career at Colgate-Palmolive in Detroit, Michigan. It was in Detroit on June 8, 1980, Kay met husband-to-be Harry Cicero Alford Jr.

After a short courtship Kay and Harry were married on October 31, 1980.

The Alfords made their home in Indianapolis. Kay pursued government work and at the height of that work she became the Director of Marketing for the Hoosier State Lottery in Indiana.

Through their business experiences, Kay and Harry early on realized there was a need for a national connection.

When Kay DeBow Alford and her husband Harry left Indianapolis, Indiana and moved to Washington, D.C. in September 1994, they had already founded the National Black Chamber of Commerce on May 23, 1993.

They had begun locally to fill the void of a Black business organization by founding the Hoosier Minority Chamber of Commerce in Indianapolis which evolved into the NBCC.

The NBCC was crafted from the empowerment principles of Booker T. Washington, the business acumen of Congressman Parren Mitchell, and enforced by the father of affirmative Action Arthur Fletcher.

Kay coordinated and singlehandedly organized and produced the national and international conventions and conferences.

She helped guide the NBCC, assuring its participation in business discussions on Capitol Hill and their interaction with the U.S. Chamber of Commerce.

Officers and members were saddened by Kay’s death and sent along messages:
“Kay was the backbone of the National Black Chamber, the mother and driving force behind the great accomplishments of the NBCC. She will be greatly missed by all who knew her and who benefitted from her tireless drive to make the nation better for all Black business owners,” said Chairman of the NBCC and President/CEO of the Illinois State Black Chamber of Commerce.

“We will continue her legacy to fight for the improvement of African American communities throughout the Black Diaspora.”

John E. Harmon, Sr., Founder, President and CEO of the African American Chamber of Commerce of New Jersey (AACCNJ) remembered Kay by saying, “words, although spoken softly, were at times, penetrating, yet nurturing and impactful.”

“Her commitment to attaining the best for Blacks was the cornerstone of her advocacy. I am grateful for the moments we shared together and her investment in my development as a Chamber Executive which has led to huge dividends for many and will never be forgotten.”

“The business community lost one of its champions with the passing of Kay DeBow Alford. Co-founder of the National Black Chamber of Commerce (NBCC) with her husband, Harry Alford, she was the power behind the scenes of the many accomplishments of the NBCC,” said Dorothy R. Leavell, who served as a Board member and previous Chairman of the Board of the NBCC.

As serious and fierce as she was in the business arena, she was equally invested in her family. A devoted wife to Harry Jr. of forty-one years and the mother of twins, Harry III and Thomas, both successful sportsmen and businessmen.

Her most recent pride was being the grandma to Tatum and Archer. Her abounding love stretched out to her brothers, Charles Henry DeBow III and William Weir DeBow; sister, Natalie Jane; nephew Jonathon C. DeBow and countless nieces and nephews.

Services will culminate with burial in Shreveport, Louisiana. Services are entrusted to the Winnfield Funeral Home, Shreveport, LA.